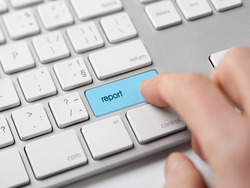 Directors Report is a mandatory document which required to be attached with the Financial Statement to be laid before the Shareholders at every Annual General Meeting of a Company.

This document contains the word format of Directors Report along with all the necessary annexure, prepared keeping in mind all  the relevant provisions of Companies Act, 2013 read with Rules made thereunder.

This document will really help you to prepare the  Directors Report with ease and will save your precious time & effort. Now you can concentrate on other important work in your hand.

There shall be attached to statements laid before a company in general meeting, a report by its Board of Directors, which shall include—

(a) the extract of the annual return as provided under sub-section (3) of section 92;

(b) number of meetings of the Board;

(d) a statement on declaration given by independent directors under sub-section (6) of section 149;

(f) explanations or comments by the Board on every qualification, reservation or adverse remark or disclaimer made—

(i) by the auditor in his report; and

(ii) by the Company Secretary in Practice in his secretarial audit report;

(g) particulars of loans, guarantees or investments under  section 186;

(h) particulars of contracts or arrangements with related parties referred to in sub-section (1) of section 188 in a prescribed form;

(i) the state of the company’s affairs;

(j) the amounts, if any, which it proposes to carry to any reserves;

(k) the amount, if any, which it recommends should be paid by way of dividend;

(m) the conservation of energy, technology absorption, foreign exchange earnings and outgo, in such manner as may be prescribed;

(n) a statement indicating development and implementation of a risk management policy for the company including identification therein of elements of risk, if any, which in the opinion of the Board may threaten the existence of the company;

(o) the details about the policy developed and implemented by the company on Corporate Social Responsibility initiatives taken during the year;

(p)  in case of a listed company and every other public  company having such paid-up share capital as may be prescribed,  a statement indicating the manner in which formal annual evaluation has been made by the Board of its own performance and that of its committees and individual directors;

(q) such other matters as may be prescribed.